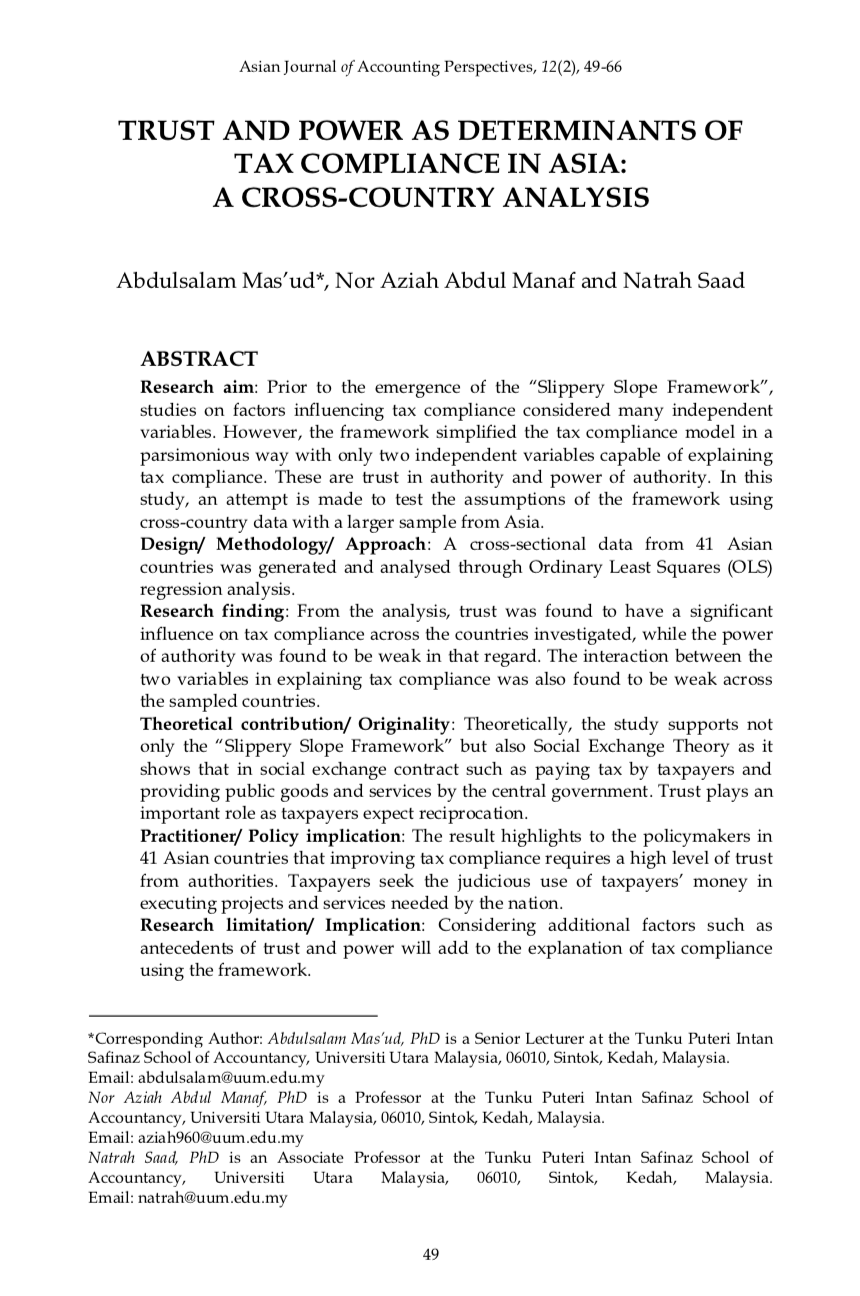 Research aim: Prior to the emergence of the “Slippery Slope Framework”, studies on factors influencing tax compliance considered many independent variables. However, the framework simplified the tax compliance model in a parsimonious way with only two independent variables capable of explaining tax compliance. These are trust in authority and power of authority. In this study, an attempt is made to test the assumptions of the framework using cross-country data with a larger sample from Asia.

Theoretical contribution/ Originality: Theoretically, the study supports not only the “Slippery Slope Framework” but also Social Exchange Theory as it shows that in social exchange contract such as paying tax by taxpayers and providing public goods and services by the central government. Trust plays an important role as taxpayers expect reciprocation.

Practitioner/ Policy implication: The result highlights to the policymakers in 41 Asian countries that improving tax compliance requires a high level of trust from authorities. Taxpayers seek the judicious use of taxpayers’ money in executing projects and services needed by the nation.

Research limitation/ Implication: Considering additional factors such as antecedents of trust and power will add to the explanation of tax compliance using the framework.