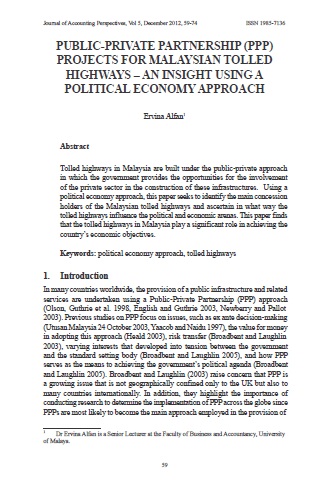 Ervina Alfan
Faculty of Business and Accountancy, University of Malaya

Most read articles by the same author(s)